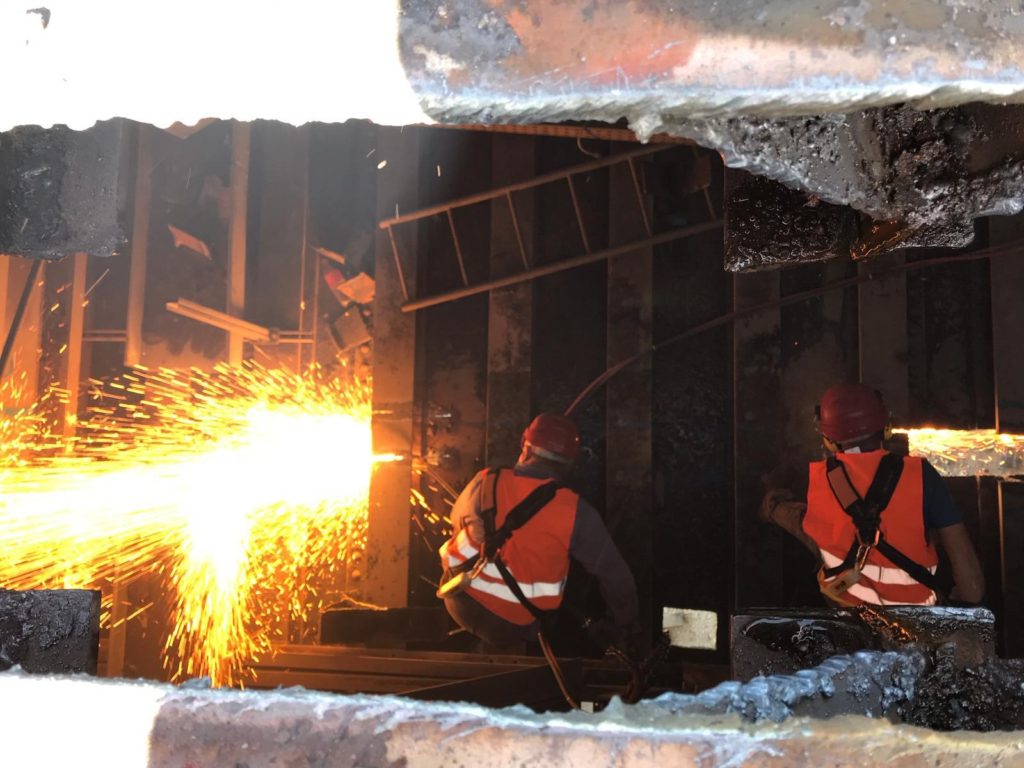 In the course of the ÖPP project “availability model A6“, the “experts without borders“ perform the dismantling of the crossover of the valley at the river Neckar between the connecting points Heilbronn/Neckarsulm and Heilbronn/Untereisesheim by order of the BAUARGE A6 West.

In doing so the four buildings with a total length of 1326 m provide a demanding challenge for the demolition specialists. On two weekends in May 2019 Max Wild performed the dismantling of the Neckar bridge section by making use of the “Litzentechnik”. The “Litzentechnik” is known from the building technology and the field of electrotechnology or lifting technology. This technology uses wiring harnesses for the shifting of heavy loads. In the range of heavy load, hydraulic devices get employed additionally. The experienced team of Max Wild already slickly uses the “Litzentechnik” for years. Because of that even the longest excavated material that needed to be moved with a length of 137 m and a great weight of 746 tons has not been a burden for the compliance of the time schedule of the work. What is also interesting: The whole operation was considered as a balancing act where two bridge sections with different weights got excavated simultaneously and drained onto swimming pontoons.

Technical precision and a well thought out logistics concept: dismantling of the section “Neckar bridge” with “Litzentechnik” in four steps

In the first step during the preparing planning, fundaments have been calibrated for the base of the “Litzentechnik”. As base for the “Litzentechnik” comprehensive steel construction works have been necessary for strengthening the building. At first bearing plates have been put into the water and shed with swelling mortar. Wide-flanged beams (HEM 700) that have been built across to the road on the bearing plates served as initiation of the weight. Additionally, more cantilever beams (HEM 100) have been installed for the load handling on the HEM 700 carriers along the road. After that stroking buds have been installed on the inventory bar of the bridge. Because of that the superstructure has been prepared to the massive load during the lowering and swimming out process.

In the third step, the building of the “Litzentechnik”, the strand jacks got put on the wide-flanged beams and the stands individually drawn-in. After that the bolting in of the run-on piece with the stroking bud as well as the weight confiscation followed. In the end during the draining process the cross-separation of the bridge took place. In the process the weight of the bridge has been collected step by step in the four strand contributors until the whole weight was carried by the strand jacks. After the complete separation the draining process got started and the giant stroke pieces have been drained onto the pontoons in the water.  The elements have been transported on the Neckar to the container terminal Heilbronn that is three kilometres away with a push lighter and a push boat. The pieces of the bridge have been disassembled and further shipped „just-in-time” with flame cutters. Because of the strategical forward-looking logistics, during the strictly planned building project the time schedule could be kept just as also a passing through material stream could be ensured.

After that construction phase the demolition works in the course of the A6 expansion by the constructional work community between HOCHTIEF Infrastructure and JOHANN BUNTE Bauunternehmen (BAUARGE A6 West) continue. The demolition specialist Max Wild also provides the blasting demolition of the arched hollow box bridge and the conventional demolition of the railway bridge. In the end of 2019, the dismantling work on the crossover of the valley at the river Neckar could be finished. 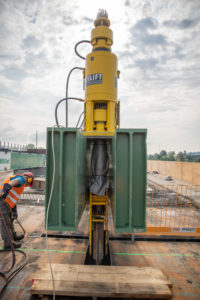