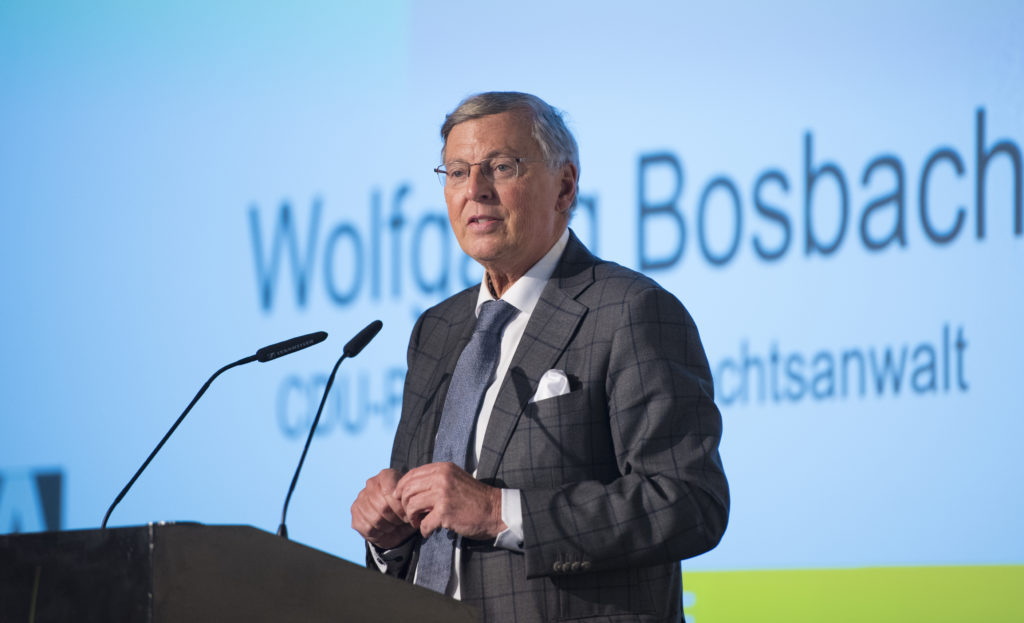 More than 1,000 attendees came to Berlin for the anniversary event of the FACHTAGUNG ABBRUCH – the net exhibition space rented grew by 30% – the event of the industry

On Friday, 15.02.2019, at the invitation of the German Demolition Association (DA) the European demolition industry met at the 25th FACHTAGUNG ABBRUCH in the STATION-Berlin. The industrial monument, an old postal station, with its rustic charm, lent the event a very special ambience.

“In the 25 editions of the FACHTAGUNG ABBRUCH there were around 12,300 attendees, around 1,370 exhibiting companies and exactly 478 lectures”; said DA Managing Director Pocha in his opening speech on the occasion of the anniversary.

“On the occasion of the anniversary, we can record a further increase in the popularity of this conference. The mark of more than 1,000 attendees was reached and the increase in the rented exhibition space by more than 30% compared to the previous year underlines that the -FACHTAGUNG ABBRUCH- is accepted by the industry, by you,”; he continued.

The founder of the event, Dr.-Ing. Korth, who hosted the FACHTAGUNG ABBRUCH for the first 16 years, was honoured during the opening ceremony.

For the second time already, the Deutscher Abbruchverband awarded its Innovation Prize at the symposium. Mr. Niklas Bernhart received the 2,000 Euro prize for his master’s thesis in civil engineering at the Karlsruhe Institute of Technology on the subject of “Experimental planning, execution and evaluation for the removal of insulating materials using a metal-cutting brush”.

The CDU politician and former member of the Bundestag, Wolfgang Bosbach, gave the opening speech on the topic “What matters now”. He highlighted the need for Germany to see itself as a central country within Europe and to act accordingly. This is important for the foreign policy perception of Germany, especially in times of Brexit, political turbulence and increasing digitalisation in all sectors. In addition, he warned against losing oneself in pessimism and uncertainty thinking, because the years of stability of economic growth and war-free life that we in Germany are likely to enjoy are more cause for joy and pride.

The further lectures of the symposium covered the broad spectrum of topics of the fields of work of the demolition industry.

Mr. Blechschmidt from SakostaCau spoke about “Operation at the open Hertie in Cologne – Interfaces and solutions for inner-city demolition”. The aim here was to gain an overview of the desolate existing information on the building site and the neighbouring church by means of various preliminary measures. Among other things, drone flights took place, a digital terrain model was created, search prospecting and drilling were carried out in preparation for the 9,000 sqm construction site in the middle of the city centre.

The special problems of the project “Demolition during ongoing railway operation – demolition of the DB high-rise building at Essen main station”, which Mr Maurer from BST Becker reported on, were that the southern wall of the high-rise building bordered directly on the ICE line of the railway station. However, rail traffic had to be maintained without restrictions. In addition, it was a requirement that the passenger tunnel to the east of the canteen had to be usable during demolition work.

As an international speaker, Mr. Priestley of Priestly Demolition from Ontario, Canada, delivered a speech entitled “Taking down the Nipigon Bridge”. The Nipigon Bridge is the only bridge connecting eastern and western Canada. The work on the 850 t concrete and steel bridge had to be carried out in the winter months at temperatures permanently below zero, and no machines were allowed to be placed in the water or even work carried out from the water because rare species of fish spawned there. A special challenge.

The conference participants were already very positive about the compact and technically very diverse conference programme with adjoining industry exhibition, which resembled a trade fair in type and scope and presented a very wide range of products to the interested trade visitors.

On the subsequent dialogue evening, during which there were still a few opportunities to walk through the parallel exhibition, the industry and the fresh impressions of the successful symposium were discussed until late in the evening. In particular, DA Managing Director Pocha once again thanked the sponsors of the event for their friendly support. The PREMIUM sponsors were the companies Epiroc Deutschland GmbH and the WIRTGEN GROUP. The GOLD sponsors were KIESEL GmbH, LEHNHOFF HARTSTAHL GmbH, LIEBHERR FRANCE SAS, MBI Deutschland GmbH, OILQUICK Deutschland GmbH, SKANCRAFT GmbH & Co. KG, VOLVO Construction Equipment Germany GmbH and ZEPPELIN Baumaschinen GmbH.

The next FACHTAGUNG ABBRUCH will be hosted by the DA on 28th of February 2020 again in the STATION-Berlin. www.fachtagung-abbruch.de