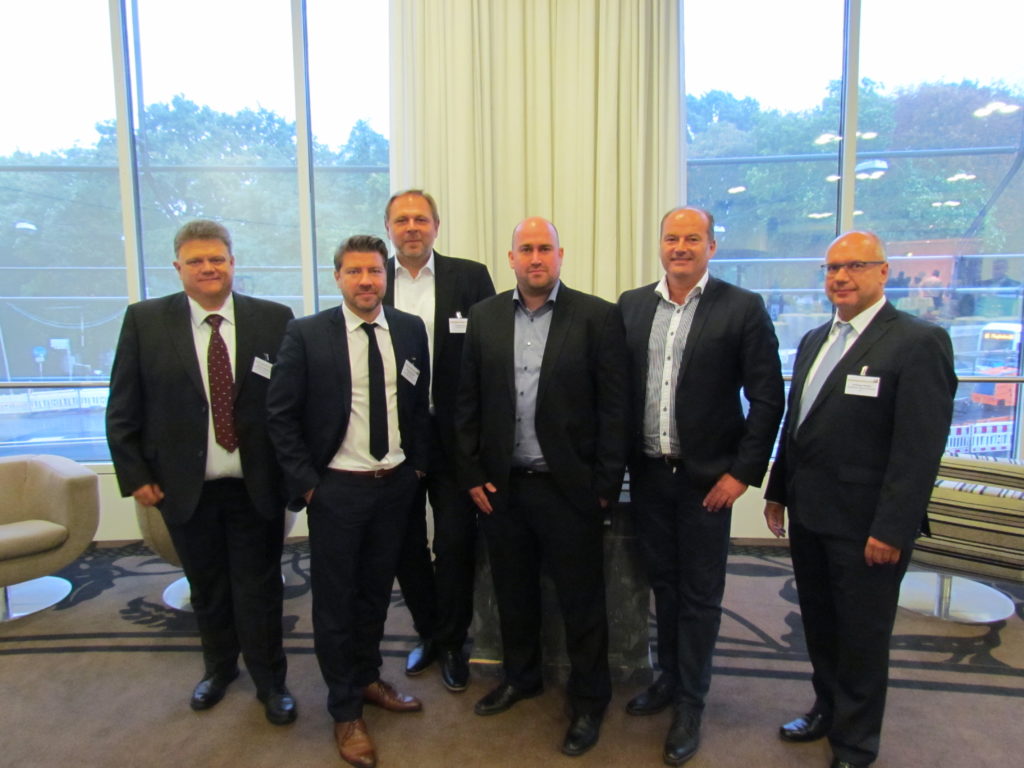 In the charming Hanseatic city of Bremen, first mentioned in a document more than 1,200 years ago, the Deutscher Abbruchverband e. V. – DA (German Demolition Association) organized its annual congress from 20 to 21 September 2018.

For the opening evening on September 20, 2018, the members of the association met in the cellar vault of the traditional Bremen Ratskeller for an informal get-together at which the latest developments in the industry were discussed.

On the morning of 21 September, the Board of Dirctors informed the members at the general assembly at Swissôtel about the activities of its four-year term of office, which is now coming to an end, as well as about the topics dealt with by the professional committees of the DA during this time.

Key themes of work included exerting influence on the Federal Council in refusing to approve the draft regulation Mantelverordnung (MantelV) in the Proffesional Committee for Recycling and Waste Disposal. Furthermore, the development of the action aid “demolition statics” in order to give the member companies practical hints as to whether a demolition statics or a demolition concept with consideration of static aspects should be prepared. This was the responsibility of the Professional Committee Demolition Technology.

In February 2017, the association founded DA Service GmbH, which offers nationwide events on topics such as safety and health Protection, tasks and duties of the client in demolition, construction contract law, pollutants on the construction site, machine operation, etc. and has since welcomed around 750 participants.

As an outlook, the Board of Directors announced that from 01 October 2018 the DA will also have an office in Berlin, in order to be able to carry out the necessary lobbying work for its companies even more than in the past, through short distances.

Johann Ettengruber, Thomas Lück, Michael Pfeiffer and Kai Wist were re-elected for the forthcoming 4-year term of office. Johannes Schlenter, who has been a member of the advisory board for several years, was elected to replace Martin Hopfe, who did not stand for election after his 8-year term of office and whom the chairman of the board, Ettengruber, honoured for his services in office.
Subsequently, the members of the professional committees were elected. A new specialist committee for education and continuing education was set up by the Board of Directors to take account of the important issue of qualification in the industry.

The lecture part of the annual congress followed directly after the general meeting after lunch.

First Prof. Dr. Dr. Dr. h. c. Franz Josef Radermacher, Professor of Computer Science from Ulm, on “Globalisation and Resource Efficiency – How Can This Work in the Future? spoke there. In his lecture, he made it clear that a middle course had to be found between a planned economy and market fundamentalism. His theses on the subject followed on from the successes of the social market economy and showed that this must be done consistently in conjunction with environmental, climate and resource protection – and from a global perspective.

Moritz Freiherr Knigge, author and speaker from Hannover spoke on the subject of “winning people” and why one “has to take out one’s own halo from time to time” so that meetings for entrepreneurs can be successful in business and private life.

The congress evening began with a boat tour through the harbour, which ended in the trendy Überseestadt district. There the association met for dinner in the Hudson Eventloft, on the top floor of the nostalgic warehouse 1 with a fantastic view of the Europahafen. There the impressions of the day were discussed extensively and the association celebrated until late into the night in the affiliated club.

Johann Ettengruber, chairman of the board, was very pleased with the extremely successful event and the feedback from many members confirmed him. 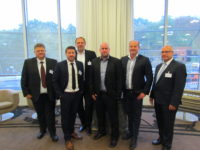